But Enough About Me. Let's Talk About My Book.

I think that was once a cartoon caption in The New Yorker. If not, it should have been. At any rate, with three weeks until the publication of THE OTHER LIFE, things are going to get a little self-indulgent around here. I hope you'll forgive me--there's a lot riding on this, and it's push time. Also, people are being very kind about posting reviews and interviews, and I want to be sure I acknowledge that generosity with links.

Fortunately, I finished FAREWELL, DOROTHY PARKER this week and sent it off to my editor (yippee!), so now I can focus on promoting THE OTHER LIFE. Let's get started ...

• Author Holly Weiss posted a review that brought me to my knees. You can read the whole thing here.

• The February issue of Long Island Woman Magazine has a lovely feature about me, written by award-winning journalist Debbi  Honorof. Here's a direct link to the article.

• Writer Bonnie R. Paulson posted a wonderful review of THE OTHER LIFE plus a really fun interview. I'm so grateful! Please click here to read it.

• The wonderful Shonell Bacon featured THE OTHER LIFE and my comments on her All The Blog's a Page "What is a good book?" series. Here's the link.

• If you're not coming to one of my book events, I hope you'll consider pre-ordering THE OTHER LIFE. Here are some handy links: Amazon • Barnes & Noble • Book Revue • Books-A-Million • Borders • Indie Bound • Powells

Another crazy Friday here. The big news is that THE OTHER LIFE was selected by the American Booksellers Association for their Indie Next Great Reads list. This is a huge honor and I'm thrilled!

Speaking of independent bookstores, the launch event for THE OTHER LIFE will be at the famous Long Island indie, BOOK REVUE. They put a big sign in the window about it, and a few friends snapped cellphone pics and sent them along. This one is from my buddy Keith Friedlander. (Click image for larger view.) 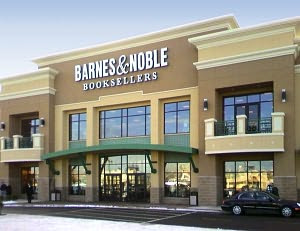 I'm also happy to announce that I'm doing a book talk and signing at the big, beautiful BARNES & NOBLE in Carle Place, New York. It's on Thursday, March 3, at 7:30 pm. Click here for details.

As long as I'm in a click-happy mood, here are a few more things I hope you'll check out:

• At my publisher's request, I started a fan page on Facebook. I need as many "likes" as I can get, so if you have two seconds to spare, please give me a click. Thanks so much!!

• My friend Liz Michalski has a gorgeous website announcing her gorgeous debut novel, EVENFALL. Please check it out!

Hello, Central? Get me Boca Raton!

Yesterday, when I was trying to find my way through a tricky paragraph I was writing, my cellphone rang and the caller ID showed that it was my dad. But when I answered, no one was there. So I called back. It rang and rang.

Frustrated, I called the land line, and my mother answered.

"Is Dad trying to reach me?" I asked. 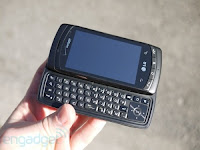 "He got a new cellphone and he's trying to figure out how to use it," she said. "He's driving me crazy. Do me a favor and call him again."

So I did and listened. One ring. (He must be trying to figure out which button to press.) Two rings. (Still hasn't found it.) Three rings. (Seriously, Dad?) Four rings.

He picked up at last, and I listened for his voice. But all I heard was my mother in the background. "Now say hello, for god's sake!"

The phone went dead. A few minutes later, my mother called back. "I suppose you're going to blog about this," she said.

Just when I think my schedule can't get any crazier, I'm hit with an avalanche of work. But okay, here's a quick update on the latest ...

• Big meeting at Putnam yesterday, where I got to meet the whole team. What an impressive group!

• I was hoping they would have an actual hardcover copy of THE OTHER LIFE for me, and they did! It's so beautiful I nearly cried ...

Guest blog at The Lit Coach

• Big week for me here, as I finished my first complete draft of FAREWELL, DOROTHY PARKER. I edit relentlessly as I go along, so it's a pretty tight draft, and I'm happy with it. After I hear from my beta readers, I'll take one last pass at it before sending it to my editor.

• Is it possible my baby boy is turning 16 tomorrow? How did this happen so fast? I'm feeling all achy and nostalgic.

• My brother's book on commercial real estate is out, and here's what CNBC's Larry Kudlow had to say about it: “Stephen Meister has a profound understanding of the world of real estate. Anyone who doesn’t read his book will be operating without the benefit of Meister’s penetrating insights. His book casts a bright light into many of the dark corners of our real estate economy and untangles complex governmental issues. Now he has put his vast knowledge into a readable, cogent, and exciting book. I strongly recommend it.”

He got another blurb from someone else you might have heard of, Donald Trump: “Stephen Meister has written an insightful and comprehensive book that explains what happened during the financial crisis and offers possible solutions to what we’re facing now. CRERR is a fast, concise read, and it’s recommended reading - no matter what your business may be.”

• Tonight we're taking the kids to a Broadway show and I'm a little panicky about the weather. Fingers crossed.